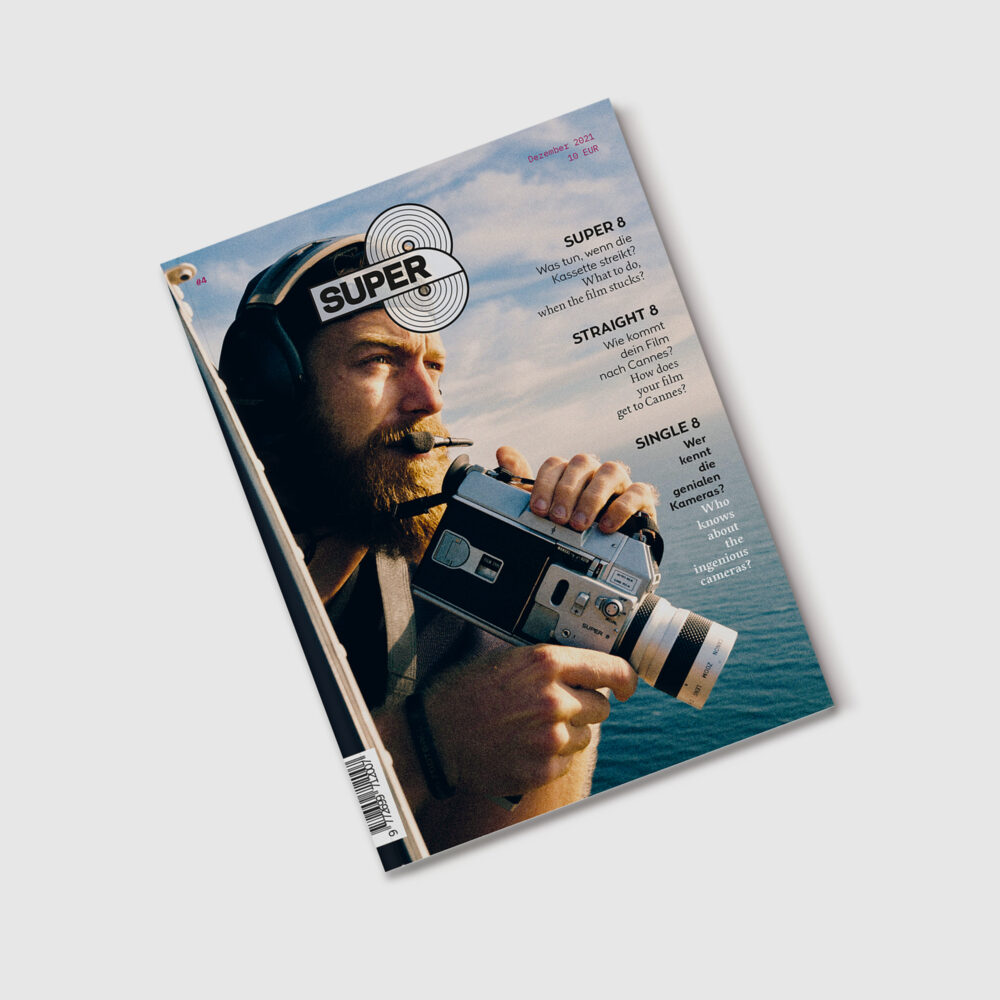 SUPER 8 MAGAZINE #4 (shipping to all countries)

The topics of this issue: USA Narrow gauge train on narrow gauge film - a 16mm/Super 8 documentary on the Durango & Silverton railway Germany New Single-8 films available: B&W reversal and Color negative International What to do when the film stucks? Four tricks to help the film in the Super 8 cartridge to run smoothly through the camera Japan All about Single-8: all models, all the history - technical data of all camera models made by Fujica, Elmo, Canon, Konica, Yashiica Germany Jaime - a music video, partly produced on Super 8 Great Britain Straight8: How to get in a world famous film festival with your Super 8 film? The Netherlands Test your cameras: Mirror cartridge for Super 8 models The Netherlands A cable for every projector - back under power. Edwin van Eck presents new plug ins for old machines. Japan Space of memory. A special 8mm projection room in Kyoto Japan Shigeo Mizukawa - The face of Single-8. About the designer of nearly all Fujica movie camera models