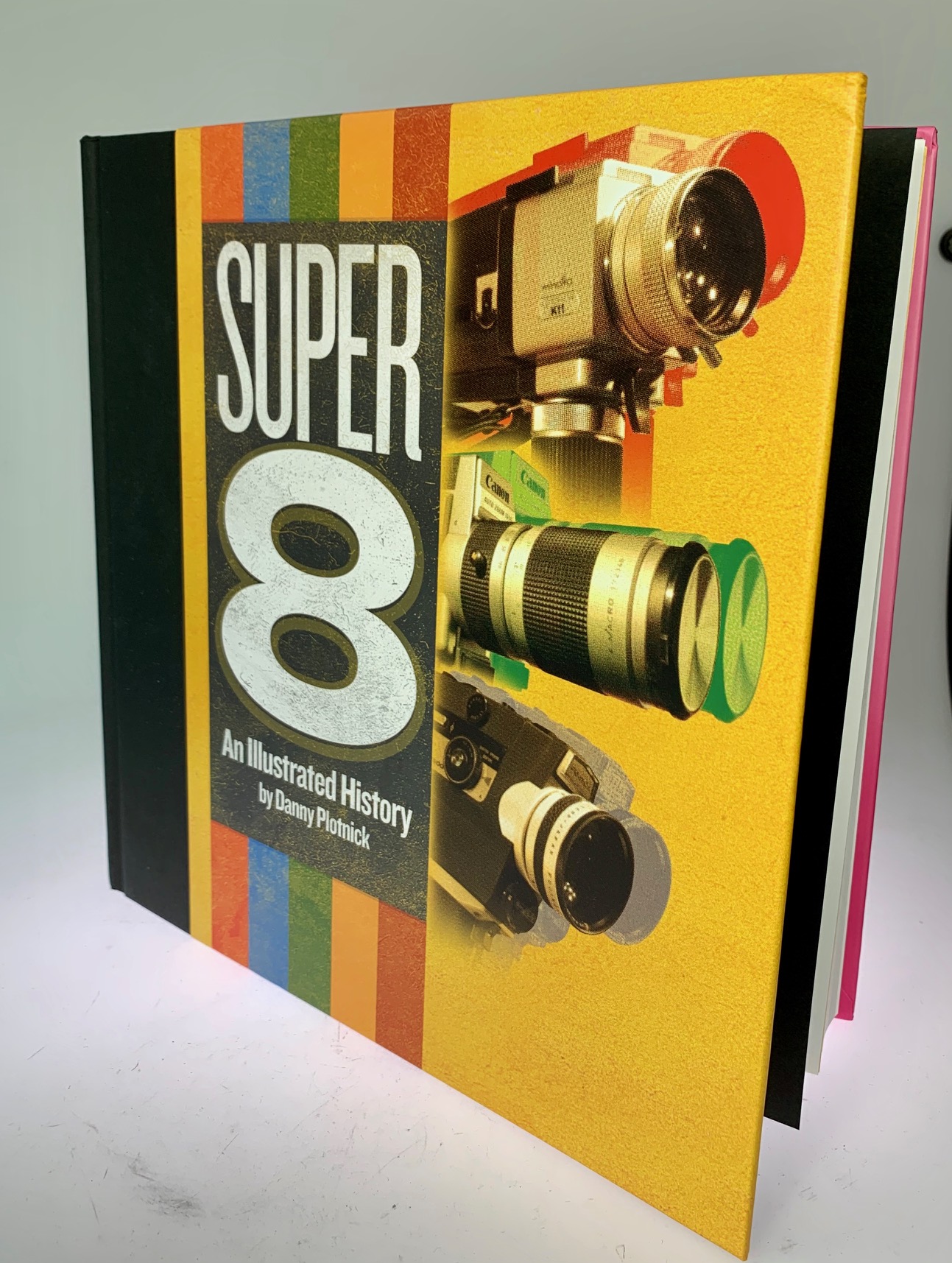 Super 8: An Illustrated History is a coffee table art book showcasing the history of Super 8 filmmaking. In addition to featuring stunning photography documenting the sleek mid-century design of Super 8 cameras and projectors, the book also offers a detailed history of the beloved medium—one not only embraced by suburban dads, the target audience of the format, but by the art world, punk rockers, and ultimately popular culture. Filmmakers who got their start in Super 8 include, Robert Zemeckis, Jim Jarmusch, Todd Haynes, Sam Raimi, Wes Anderson, and Alex Gibney. Thanks in part to a renewed interest in analog technologies, Kodak will be bringing a new Super 8 camera to market in 2019, their first new camera to roll off the assembly line in over thirty years.

Danny Plotnick has been making Super 8 films since the mid 1980s and earned the nickname “The King of Super 8″. Not only have his films screened at festivals all over the world, but they have also aired on MTV, on The Independent Film Channel, and screened at the Museum of Modern Art. From 1986-2001 he made over fifteen brash Super 8 films, travelling the country, showing films and conducting Super 8 workshops. His film Skate Witches has a fervent internet following, and in the past several years has been covered in
The New York Times, Vogue, and Maximum Rocknroll.

His film I’m Not Fascinating—The Movie! celebrated its 20th Anniversary with a series of screenings around the country at various Alamo Drafthouse cinemas. Most recently, Plotnick’s films have been sought out for inclusion in the Hugh Hefner Moving Image archive at USC, which has started archiving a collection of punk rock and small gauge cinema. Danny Plotnick is currently the Director of Film Studies at the University of San Francisco. He was also the founder and publisher of Motorbooty, a seminal magazine in the independent music and comics world of the 1980s and 1990s.