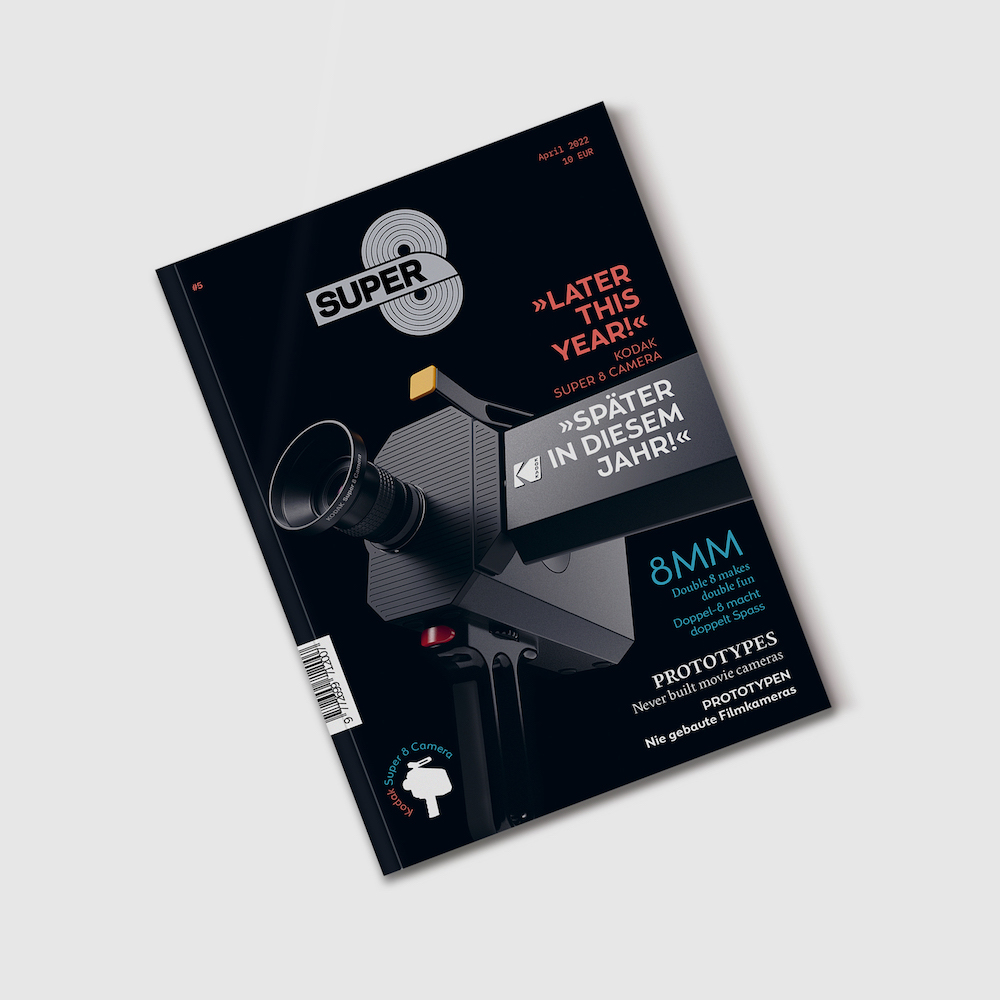 Super 8 Magazine #5 (shipping to all countries)

Is it coming or not? And if so, how much will it cost? News about a camera that everyone already thought was dead. In an extensive cover story, Jürgen Lossau explores what has happened to the camera in recent years and what the prospects are for seeing the hybrid model in action this year.

Yves Béhar: The camera design of a film enthusiast

His parents were cinephiles, and at 12 he was shooting and editing his own Super 8 films. The form designer Yves Béhar was allowed to shape the Super-8 camera for Kodak and describes his work.

Hi-Tech made by Kodak – the changed technical specifications

At its core, the Kodak Super 8 camera, as it was presented at the 2016 CES trade show, has remained true to itself. But there are changed details, for example on the housing, the battery and the software.

Andreas Scheffer shot an entertaining, very personal 15-minute documentary on Super 8. About nimble riders, big bellies and a small boy – a documentary with idiosyncratic image effects. In an interview, he talks about the ideas behind the film.

Skaters and their tricks – that’s the passion of Berlin-based Dan Schulz. It can take a few hours of digital filming to capture a simple trick. That would be too expensive in Super 8. But it’s the atmosphere and the beautiful images that Schulz captures with his Nizo.

Whether 8mm, Super 8, Single 8, Double Super 8 or 16mm – in all film formats there are many camera designs that never came to fruition. We present some technically particularly special specimens here – as a foretaste of the upcoming book PROTOTYPE.